3-way regulating industrial valves are composed of straight-stroke electronic actuators and 3-way confluence valves with a cylindrical thin-walled window-shaped valve core. It has compact structure, light weight, sensitive action, and accurate flow characteristics. It can directly control the operation by receiving control signals such as input from the regulating instrument and single-phase power supply, and realize the automatic adjustment and control of the fluid medium of the process pipeline. It is widely used in the precise control of gas. , process parameters of liquid, steam and other media, such as pressure, flow, temperature, liquid level and other parameters are kept at given values. It is suitable for the working condition of dividing a fluid into two channels through a three-way valve or combining two fluids into one fluid through a 3 way automatic control valve.

The 3-way regulating valve is the execution unit of the instrument in the automatic control system. It is powered by the power supply voltage and can control the operation by accepting the current signal or voltage signal input from the system or the regulating instrument and the operator. All-electronic electric actuator adopts mechatronics structure and has functions such as servo operation in the machine, position feedback of opening signal, position indication, manual operation, etc. It has strong functions, reliable performance, simple connection and high adjustment accuracy. The output thrust changes the valve opening displacement to achieve precise adjustment and control of the process parameters of the fluid medium.

The valve core structure of electric 3-way industrial valves is a cylindrical thin-walled window-shaped valve core. The direction of the action of the fluid on the valve core is in the open state, so the valve has stable working performance. Three-way control valve has two forms: three-way confluence control valve and three-way split control valve. When the nominal diameter DN≤80mm and the pressure difference is small, the diverter valve can be replaced by a confluence valve of the same diameter. There are two types of flow characteristics: linear and parabolic. As one of the professional control valve manufacturers china, UTMOST 3-way regulating valve can replace two two-way regulating valves that are used at the same time, and play the role of shunting or confluence and the role of two-phase adjustment and proportioning.

2. The working principle of the 3-way regulating valve

The working principle is to accept the signal source from the back-end sensor, current and voltage signals to the actuator, and control the opening and closing degree of the valve through the instrument conversion, so as to realize the control of the effective area of the medium passing through the valve seat. The three ports are connected, and the size of the two ports is controlled during the control. The control valve factory according to the principle of the 3-way regulating valve, a single valve core or a double valve core can be selected, and the large proportion of the two ports can be accurately controlled at the same time. The confluent three-way control valve is to control the size of the mixed medium, and to balance the proportion, temperature and pressure of the two mixed media. When the reaction is turned off the corresponding one, it leads to the outlet after satisfying the confluence ratio of the two ports, and realizes the stability of the temperature, pressure, flow rate, weight and liquid level of the outlet medium. The shunt 3-way regulating valve is to control the stability of the medium behind the valve. When the outlet temperature, pressure and flow change, the regulating valve controls the shunt size of the regulating valve according to the size of the back-end signal source. When the target value behind the valve is high, the outlet closes is small, and at the same time, another shunt port is large. When the rear valve is lower than the target value, the shunt port is closed and the main circuit is opened, so as to realize the precise control of the stability after the valve and satisfy the requirement The principle of diverting the medium to the third port. 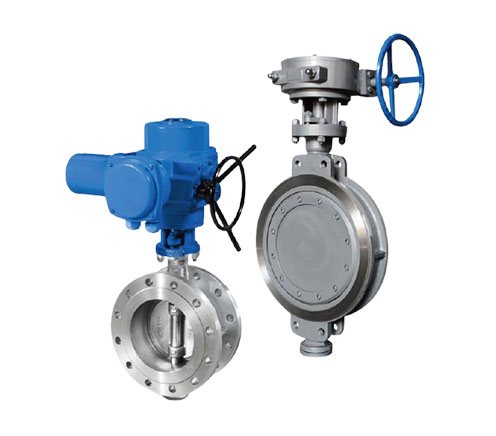 What is the Difference Between a Wafer Check Valve and a Flange Check Valve? UTMOST Alloy: Hitting the Home Questions of the Industry with Innovation Cause Analysis of the Failure of FV-1500B Nitrogen Vent Control Valve
Products